2018 saw the rise of the minimum wage in 18 states, impacting small businesses from coast to coast.  While the federal minimum wage remains at $7.25 per hour, many states were already in the $8-10 range and are now tracking to reach $15, most via a phased-in transition.

To Start: A Brief Review of the Numbers

While most of these hikes were effective at the start of 2018, states such as Oregon and Washington, D.C. staggered to take effect in July, and many plans include continued hikes annually to account for cost-of-living index adjustments.  For those not yet impacted, it may be only a temporary situation as the National Employment Law Project indicates that campaigns are underway to raise the minimum wage in at least 17 more states, including Massachusetts, New Jersey, Vermont, Illinois, Missouri, Michigan and Nevada.

While some minor concessions are being made in cases like California where small businesses with 25 or fewer employees will have an extra year to comply, reaching $15 in 2023, the impact of the minimum wage increase will be felt immediately for small businesses in many markets, especially independent grocers.

The impact of even a $1 an hour increase to the minimum wage can cost small business owners tens of thousands of dollars in additional payroll costs each year, affecting the bottom line, especially in the grocery industry where it is already difficult to turn a profit due to typically low margins.  Beyond just capping hours to avoid overtime, many small business owners fear they will not only be forced to let employees go but that also that a higher minimum wage would restrict them from future hiring and could impact their ability to grow as a business.

According to the Small Business Administration, small businesses provide 55% of all jobs and 28 million small businesses account for 54% of all US sales. Additionally, when looked at from a real estate angle, it is estimated that 20 to 30 billion square feet of America’s commercial space is occupied by small businesses.  These statistics led the Employment Policies Institute to argue that “while it might be easy for corporations to adopt the $15 minimum wage, it’s much more challenging for small businesses which form the backbone of the US economy,” and led them to launch a campaign in May of 2017 called “Faces of $15.”  The EPI’s effort brings together stories of small business owners throughout the United States onto a central platform to share the stories of those struggling to keep up with minimum wage increases and “put a face to the economics of it all.”

The Washington Post highlights preliminary findings from a few cities and states where researchers have tracked the impact of minimum wage increases historically.  One example comes from the restaurant industry in California, where the statewide minimum wage gradually rose from $6.75 in 2006 to $10.50 in 2017. Estimates by a team of economists at the University of California-Los Angeles indicate that, “the increments in the minimum wage from 6.75 to $7.50 in 2007 and to $8 in 2008 were estimated to increase earnings in limited service restaurants slightly more than 10% but reduced employment by about 12%. The bump up to $10.50 by 2017 raised earnings in those restaurants by another 20 percent, but reduced employment by another 10 percent.”  In Seattle, economists from the University of Washington, found that “on average the minimum wage increases have caused employers to reduce hours, with a net effect of reducing low-wage employees’ earnings by $125 a month,” though they noted this was a work in progress and “contradict[s] years of research on the minimum wage.”

As it relates to wage increases for union vs non-union grocery stores, research has shown that “unions also lift wages for non-union workers by setting wage standards across industries and sectors, and by advocating for policies such as the minimum wage.”  Again in California, the state and multiple cities and counties raised the minimum wage in recent years, thereby increasing earnings for many non-union workers and reducing the difference between union and non-union worker wages. Similar situations may be applicable in other markets leveraging union labor, such as New York City and its boroughs, where wage costs are even higher (on top of the already higher minimum wage for NYC, Long Island and Westchester when compared to the rest of New York state).

Overall, an increase to the minimum wage causes both positive and negative effects.  Starting with the negative, a higher minimum wage causes higher payroll, potentially leading to higher prices, while often forcing an increased expectation of worker productivity due to the increase in compensation.  Positively, a higher wage simultaneously reduces turnover, which in turn, reduces operating costs, while increasing worker purchasing power, stimulating consumer demand. According to the University of California at Berkeley Institute for Research on Labor and Employment, these “negative and positive effects on employment largely offset each other, in both California and in Fresno County.”

So what can be done to navigate this new reality?  Let’s explore two potential approaches – the first, to raise prices; and the second, to become more efficient.

The immediate reaction to the idea of a minimum wage increase is that small businesses will simply raise prices, because as all workers are making more, therefore, all consumers should be able to spend more on the items they purchase.  While an increase in the minimum wage can boost local economic activity, it’s often because people who benefit from the increase are already living paycheck to paycheck and tend to spend the extra money right away. “As a result,” says David Cooper, a senior economic analyst with the Economic Policy Institute, “small and medium-sized businesses can see more customers coming through the door after a minimum wage hike.”

This sort of net-net scenario may be a temporary solution but in reality, most hurts the small business because there is a strong likelihood that its shoppers will be able to find the same or similar product at the price they are used to paying if they seek out a larger store that may be better suited to absorb the minimum wage increase in the short term.  While certain items specific to that store, such as prepared foods with strong sales history, may be able to handle an increase in product pricing, a sweeping price hike to match the minimum wage increase is likely not as practical.

Some proponents question whether raising minimum wage should truly cause grocers to raise prices, concluding that, “when more people can afford more groceries, it’s good for everyone,” or essentially that the wage increase will increase the number of customers, allowing for product prices to stay the same.  But their opponents rebuttal, noting with research that “grocery prices start to rise a month before minimum-wage legislation is passed and continue rising for three months after. During this period, grocery prices rise twice as fast as normal, even though the wage increase has not yet kicked in.” In the latter scenario, this “price response at grocery stores alone offsets about 10 percent of the poorest employees’ average gain,” and “after factoring in price responses elsewhere in the economy, more of the gain from the minimum-wage increase is erased.”

The ensuing pattern can become a vicious cycle, with grocers forced to not only increase prices but potentially reduce staff; and workers faced with both higher prices that may offset the gains in their paycheck, or worst case, loss of employment.  As these results seem directly opposite the original goal of increasing the minimum wage, to stimulate the economy and reduce the reliance on assistance from government/social programs, the immediate “solution” seems neither simple nor effective.

The second approach, one in line with the idea that increased wages can actually improve the bottom line via employee retention, productivity, or both, focuses more long-term.

Thinking along the lines of win-win, employees who are paid higher wages are generally happier at work, less financially stressed and less likely to experience absenteeism, tardiness or ultimately, turnover.  Less turnover reduces time spent by the business owner recruiting, hiring and training, thus cutting down on those costs. Efficiencies are immediately gained in not having to start over from a staffing perspective, and a culture is created where employees feel valued, secure and committed to their employer, even in an hourly or tip-driven environment.

Taking this one step further, employees who stay with the business for longer terms are actually more profitable as they’re better able to service customers.  Their job, and wage, satisfaction allows them to gain experience within the business by getting to know processes as well as vendors and of course, customers, ultimately resulting in more effective, efficient and potentially profitable operations.  Lastly, seasoned team members are not only more effective than those just hired on, but they are better suited to help train new team members, giving more time back to the business owner.

Operational efficiency goes beyond those directly impacted by the minimum wage increase and can be significantly impacted by technology such as a reliable POS system and automation software.  Leveraging these systems to reduce time spent by both employees as well as the business owner(s) directly impacts the bottom line, crucial in this impending squeeze. Efficiencies gained from a deeper understanding of your customer base as well as product pricing will result in long-term business building opportunities that allow for growth even in the face of challenges that include, but are not limited to, wage increases.

With the technology available today, such as the offering from Mercato for independent and local grocers, small business owners have the ability to stay nimble and adapt to things like changing consumer preferences and shopping habits, food/beverage trends and neighborhood demographics.  Taking advantage of this detailed information is crucial to staying competitive against big box and online retailers, who are not only the competition for customers but also for workers. In the past few years employers such as Walmart, Target and even McDonald’s have voluntarily increased their corporate minimum wage in advance of state and city hikes, causing increased pressure on small businesses to retain strong employees by following suit.

For small businesses, data can be the key to responding proactively to the minimum wage increase.  When used to create a plan that can both anticipate short term effects on product pricing while incorporating a long term view of employee retention, operational efficiencies can drive organizational effectiveness and ultimately, sustained profitability.

Get notified of the best deals straight in your inbox. 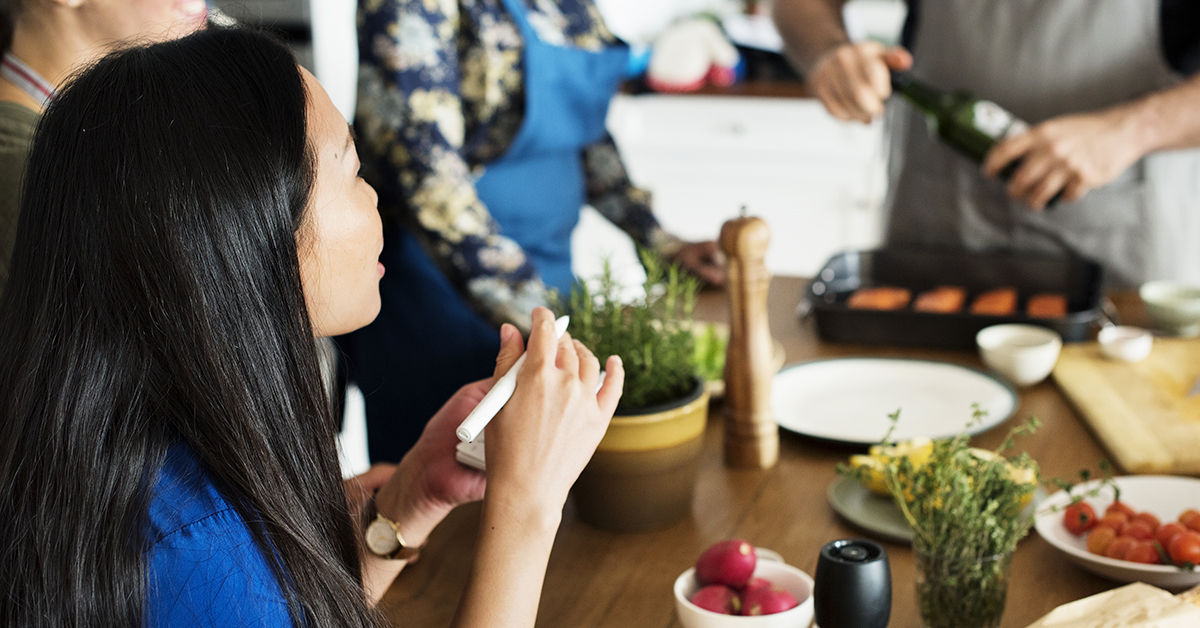 Your employee training program can give your grocery or specialty food business a competitive edge. Read our training tips and ideas to improve customer service in your store. Successful staff training is important for more reasons than you might think.
Read More 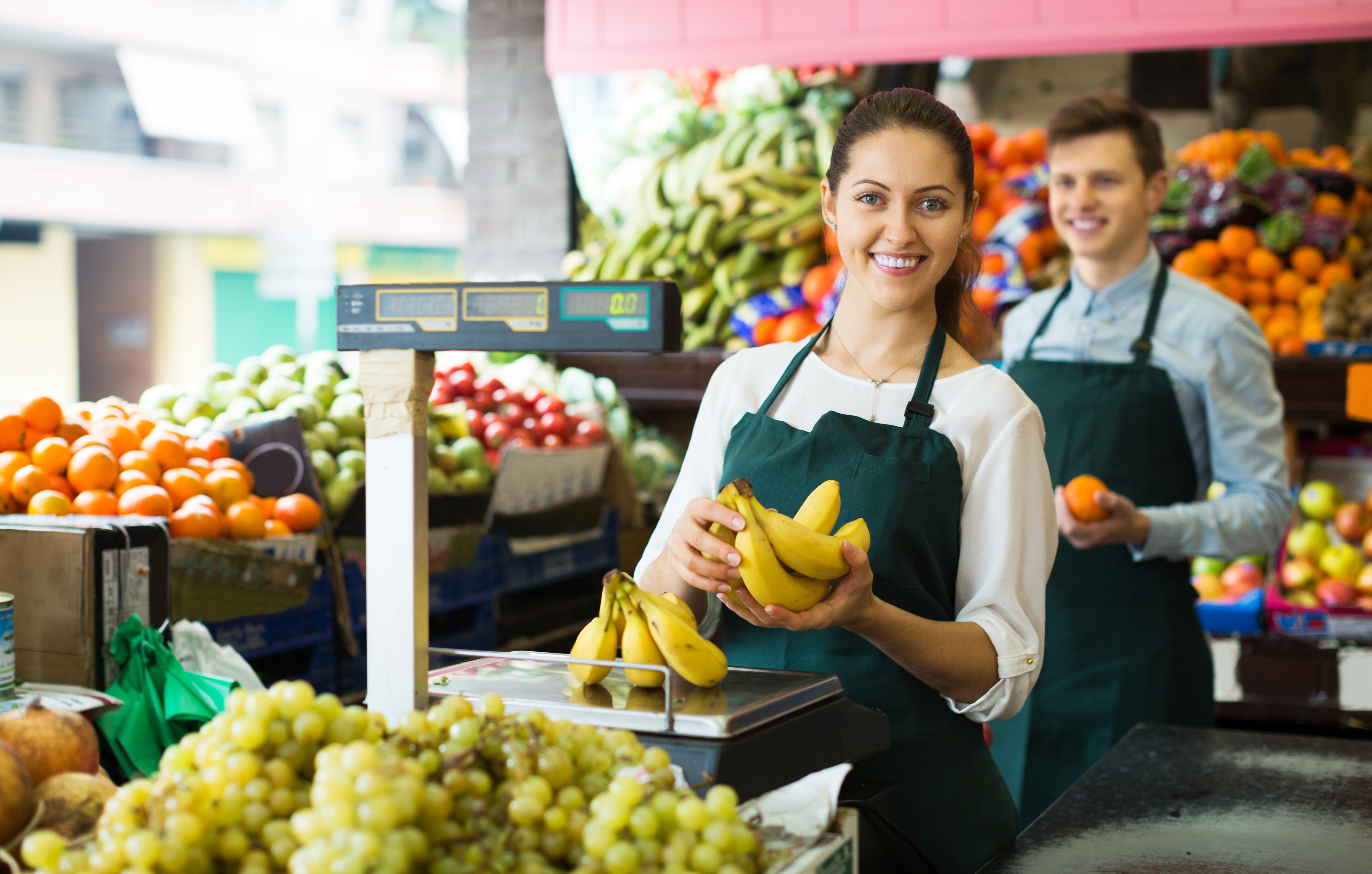 Find the best candidates for your food business through online job platforms. Part-time or full-time, ensure your quality products are being sold by quality employees.
Read More 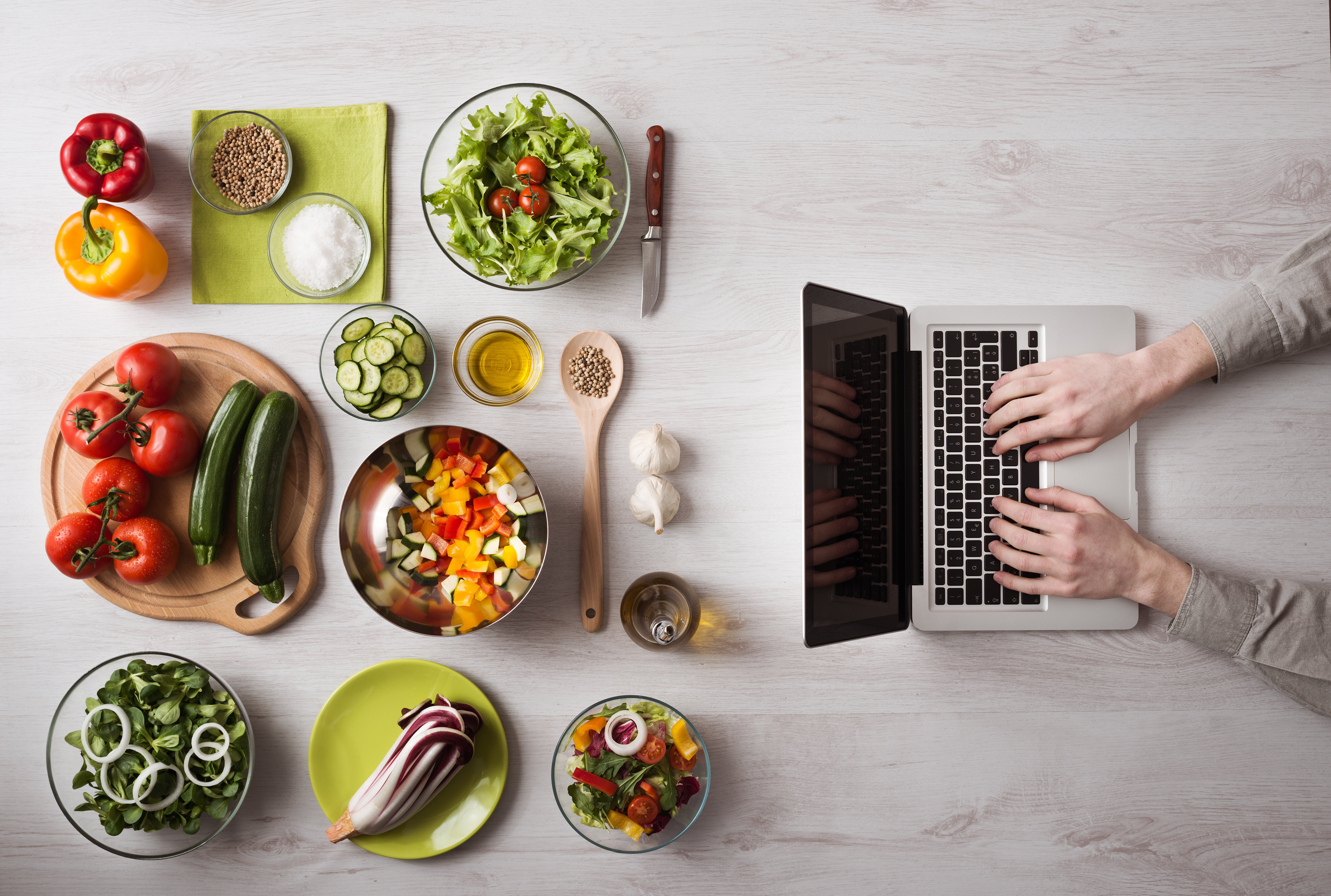 Brick and mortar grocery stores can compete with giants like Amazon and Walmart by going online. With grocery delivery, you can successfully expand your business.
Read More 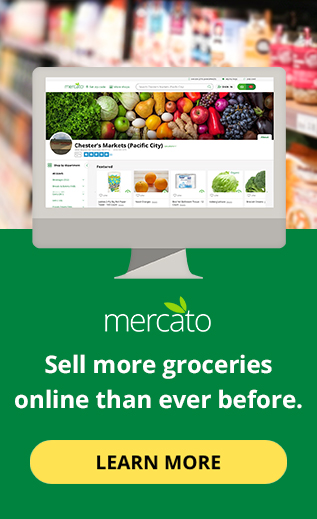 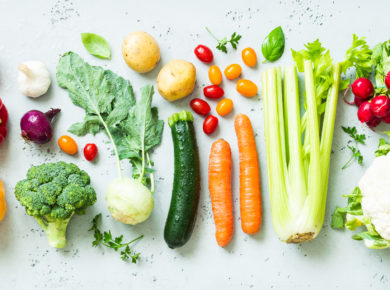 What is the best eCommerce solution for my grocery store? 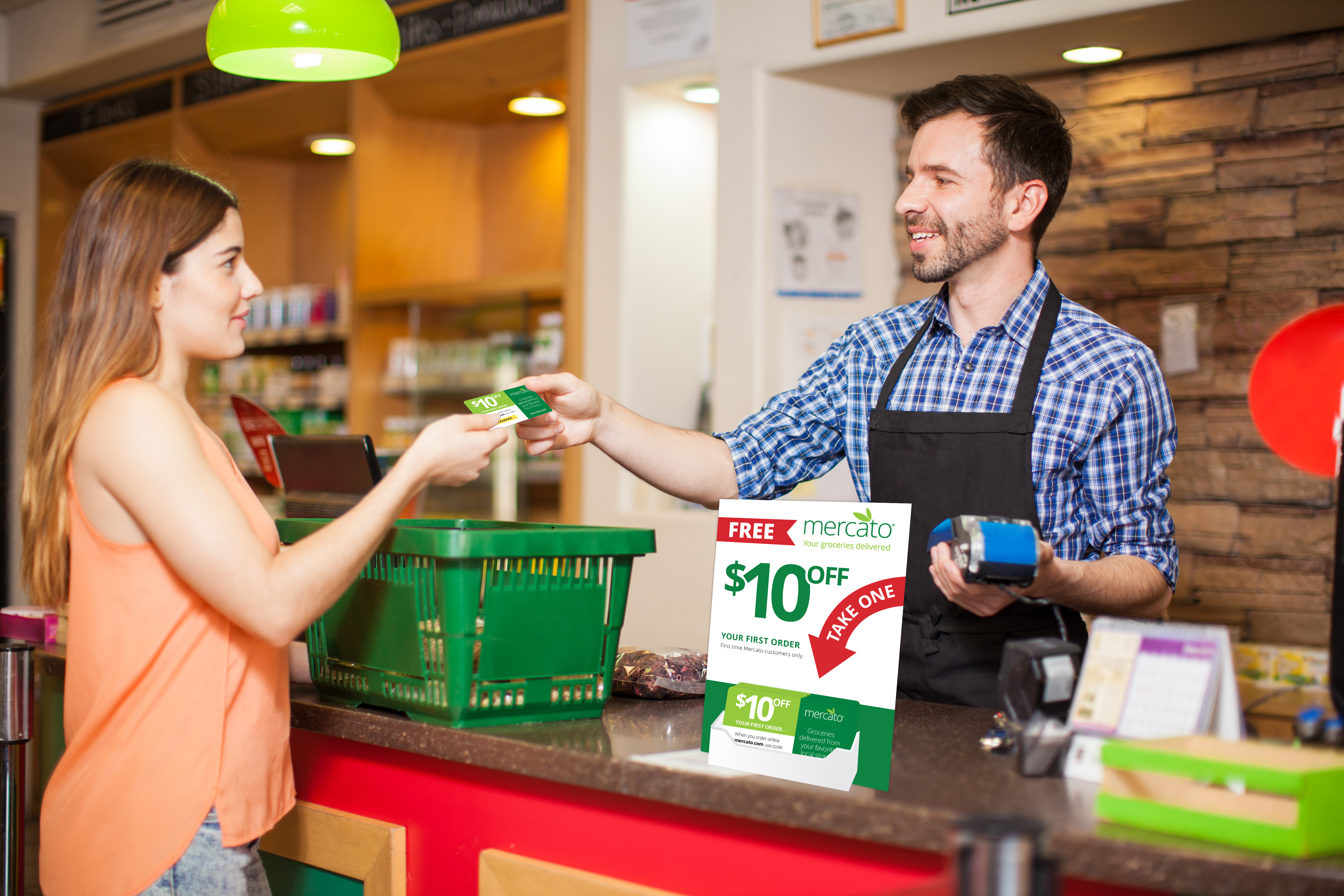 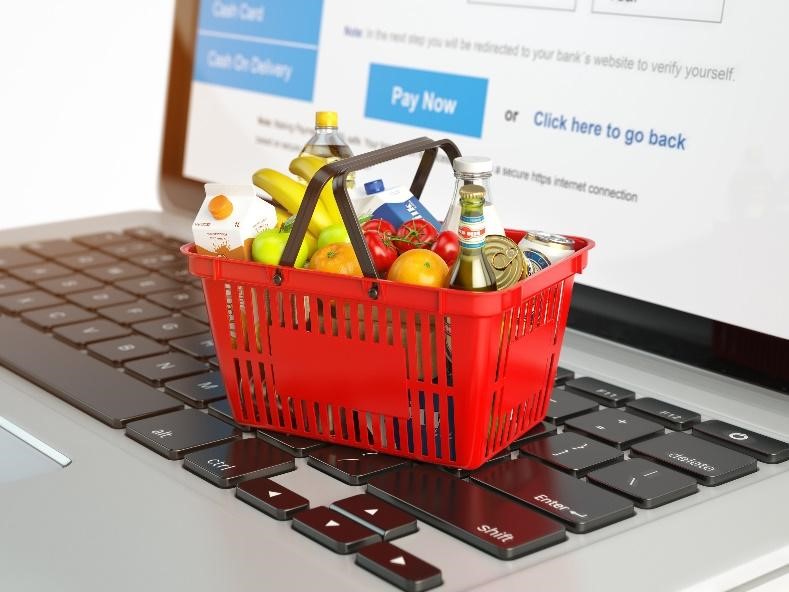 How To Profit From Launching an Online Grocery Store in 2020 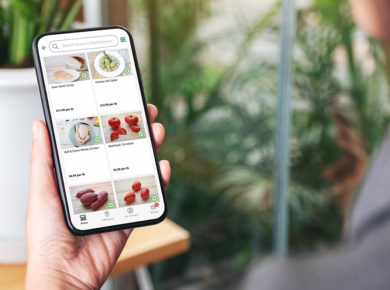 3 Things You Should Know Before Putting Your Grocery Store Online