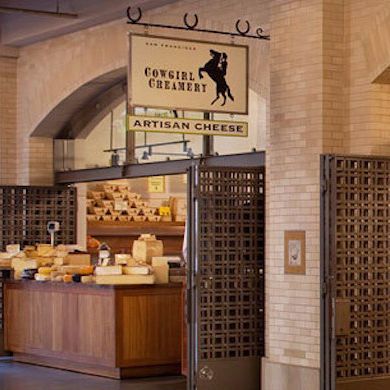 Sue Conley and Peggy Smith took a hippie trip to San Francisco in 1976 after finishing degrees at the University of Tennessee. Both established careers in some of San Francisco’s most famous kitchens: Peggy spending 17 years at Chez Panisse, and Sue co-owning Bette’s Oceanview Diner in Berkeley.

By the early 1990s, Peggy and Sue were ready for a new challenge. They found it in Pt. Reyes Station, a picturesque postage-stamp-of-a-town on the coast about an hour north of San Francisco. With their first-hand knowledge of the restaurant business, they launched Tomales Bay Foods, a marketing vehicle to help West Marin’s farms and dairies get their delicious products into the hands of the Bay Area’s finest chefs. Their first location, a renovated hay barn in downtown Point Reyes, featured a small cheesemaking room at the entrance to the building. It gave them ideas. Using milk from neighboring Straus Family Creamery, they began making delicious fresh cheeses. 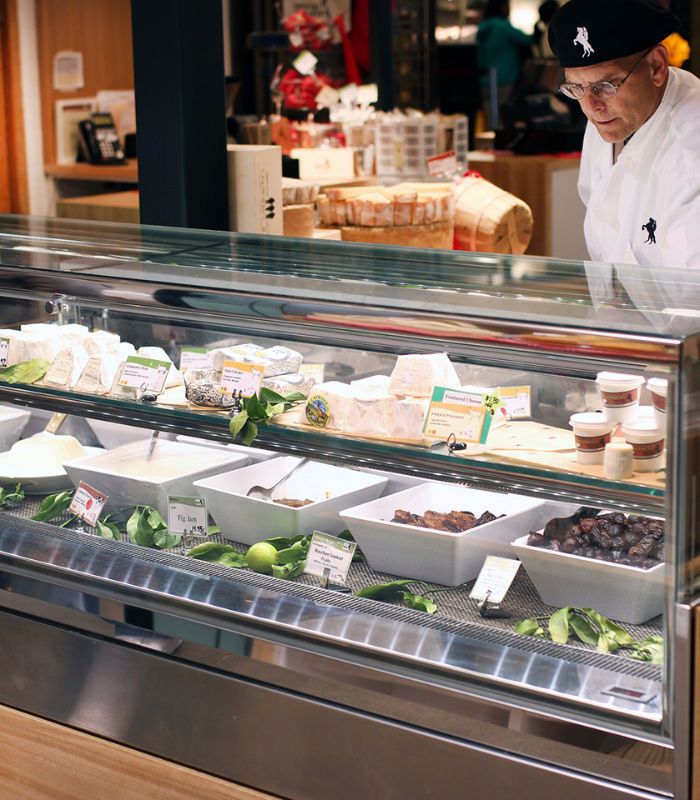 We couldn't find any items based on your search.

That's all for now!

Cowgirl Creamery is a Cheese shop located on Ferry Building in San Francisco. They carry cottage cheese, cr_�me fraiche, fromage blanc, and quark. Cowgirl Creamery was initially founded in San Francisco and it has been around since 2003.
Our food delivery service covers these zip codes
My basket
There's nothing in your shopping basket, but together we can change that!

Charge to your card ending in .

Free
delivery
on orders
over

Same day
delivery
as soon as
one hour

We plant
a tree
with each
order
Your payment information
By signing up you agree to the Mercato terms and conditions
New customer?
Already a customer?
Welcome to

Ready to get started?
The Green logo
indicates the stores
that are included
in your plan
Don't see your favorite shop listed?
Vote for them & win a month of FREE gourmet foods!
Learn more
Learn more
First, we need your zip code...
We deliver to you!
Next Available
We deliver to you!
You can also order for free pickup.
Next Available
We ship to you!
You can also order for free pickup.
We ship to you!
Free pickup available
...if you're in the neighborhood.
Delivery is not available in your area. Shop other stores
This item is not available for shipping to your area.
Call at to find out when this item will be shipping to you. Shop other items
Cowgirl Creamery is not available in your area.
Call them at (415) 362-9354 to find out when
they'll be delivering to you. Shop other stores
Check out these stores
that are available to you!
Shop
Sorry, we're not in your area yet
But we're always expanding! Sign up to be notified when we start delivering to your neighborhood.

We believe that building a strong community is about more than just the bottom line.We strive to make a positive impact in the communities we serve.

Here are the available locations for
Cowgirl Creamery
Looking for a different store?   View stores
No variant: